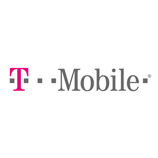 Important - Select the Current Network of your Blackberry phone which is Locked. Do NOT select the network you want to use.

Choose your Blackberry Phone for Unlocking